Posted at 06:30h in Insights by Ron Faucheux 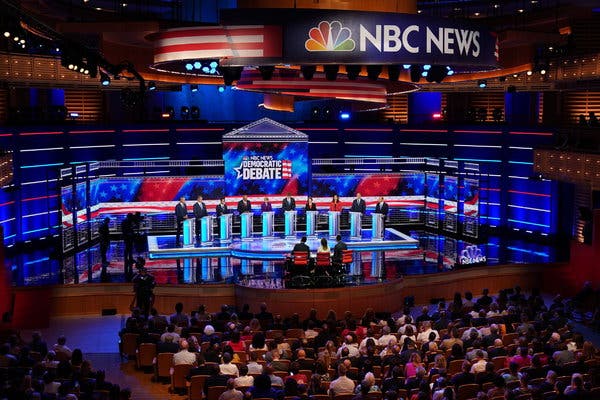 The energy was clearly on the progressive-populist-left side of the political spectrum. There was little interest in bipartisanship or centrist policies. In fact, candidates who tried to deliver more moderate messages (especially Delaney and, to a lesser extent, O’Rourke and Klobuchar) were either ignored or challenged.

While no one went after frontrunner Joe Biden––who was not there to defend himself––two candidates positioned themselves to go after his voters. Cory Booker went right at the party’s large African American constituency and Julian Castro did the same with Hispanic voters. Biden has been polling very well with both groups.

In terms of poll standings, Elizabeth Warren was the strongest candidate on the stage, and she showed that she can present her campaign theme better than any candidate. She dominated the first half of the debate. While she faded somewhat as the evening went on, she was able to stay out of squabbles––for better or worse––with other candidates.

There was a sub-debate going on between the two candidates from Texas, Julian Castro and Beto O’Rourke. They tangled on immigration, much to Castro’s advantage.

O’Rourke took the most hits. Both Castro and de Blasio were able to put him on the defensive.

Here are the candidates who helped themselves to some degree last night: