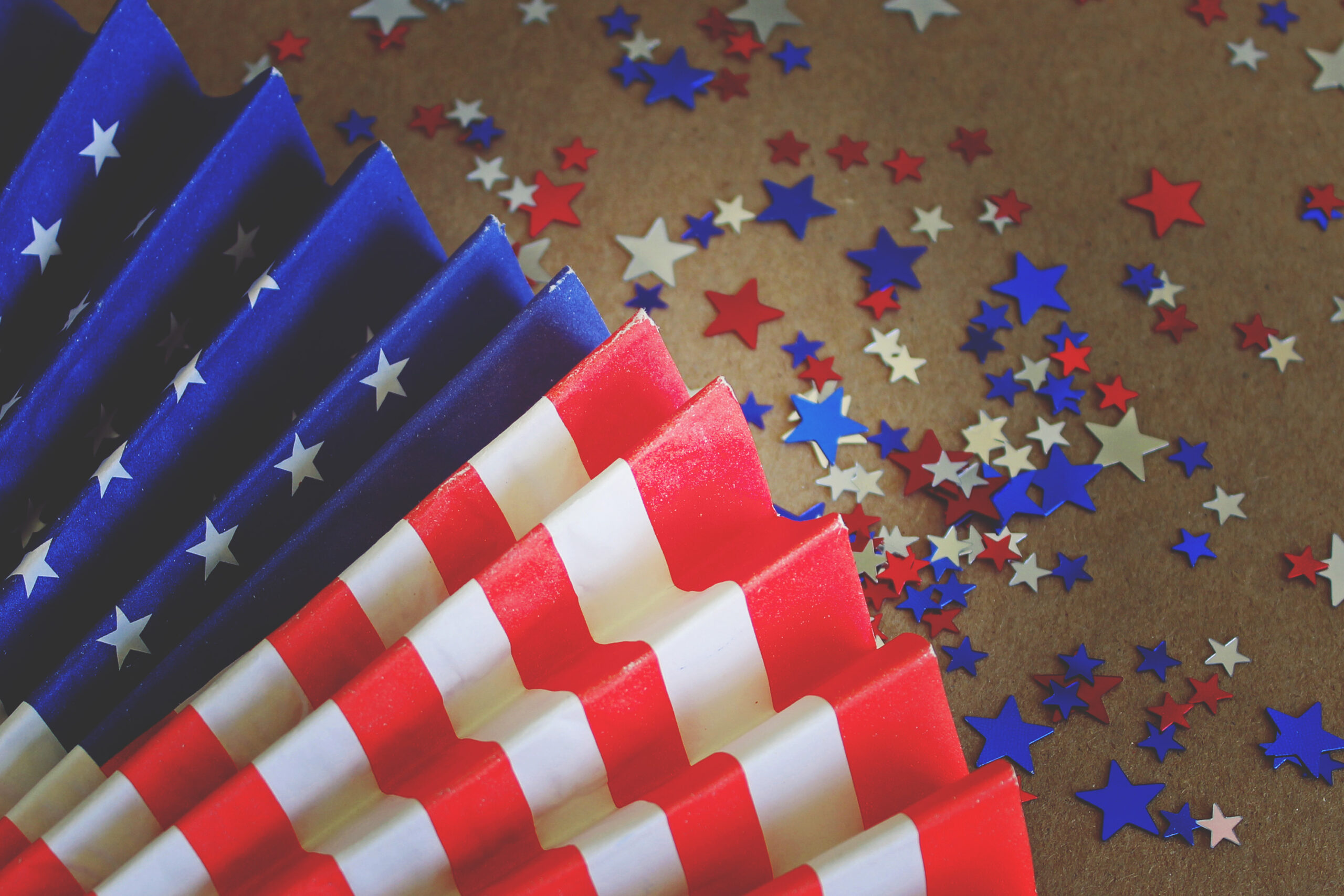 Posted at 15:11h in Insights by Andrew Rugg

The latest election polling shows, in some areas, an increasingly competitive race between Trump and Biden, sparking renewed concern over the accuracy of current surveys. Unfortunately, there is a cause for concern. Many recent polls make questionable assumptions about the age of the electorate, often over-representing older voters. The result: polls are likely inflating Trump’s share of the vote in the in the polls, making Trump’s current standing in the polls appear stronger than it actually is.

Demographic groups are increasingly consistent in their voting behaviors: younger voters strongly lean Democratic, while older voters break Republican. Given the skews of these demographics groups, each group’s proportions in a survey is critical for determining a poll’s accuracy. It’s not particularly surprising that African-American voters are heavily favoring Biden over Trump. It is more difficult to predict African-American, Hispanic or young voter turnout and the overall percentage of the electorate they will each comprise. The pandemic and concerns over voting methods have only complicated these efforts.

Many national and state surveys show a much older electorate than previous presidential elections. The latest Economist/YouGov survey shows voters over 45 years of age composing 65% of the national electorate. This would constitute a +9 point increase from 2016 (when they were 56%) and a +12 increase from 2008 (when they were 53%), according to the exit polls. These older voters are backing Trump, often by large margins. And even though this poll has Biden leading Trump by +9 points, if you adjust the results to align with 2016 exit poll numbers, Biden would have a +14 point advantage. Under 2008 turnout levels, based on exit polling, that advantage shifts to be +15 points.

The Economist/YouGov poll is one of several national polls that show a suspiciously older electorate: 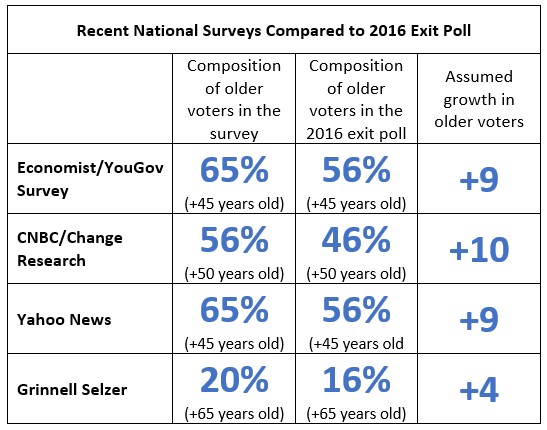 Pollsters may be capturing a real shift toward an older electorate. But a change of this magnitude would be unprecedented. Age groups generally move only a few points between each election. Voters over 45 years of age have moved from 53% in 2008, to 54% in 2012, to 56% in 2016. Voters over 65 have made up 16% of the electorate in all of the past three presidential elections. The more likely explanation: polls are over-recruiting older respondents. This over-recruiting is likely making Trump’s performance against Biden appear more substantial than it is, even with the race narrowing.

Andrew Rugg is an expert in survey research, media analytics, and qualitative research projects. Before leading the team at Certus, he lead a fully integrated research department at a public relations agency.