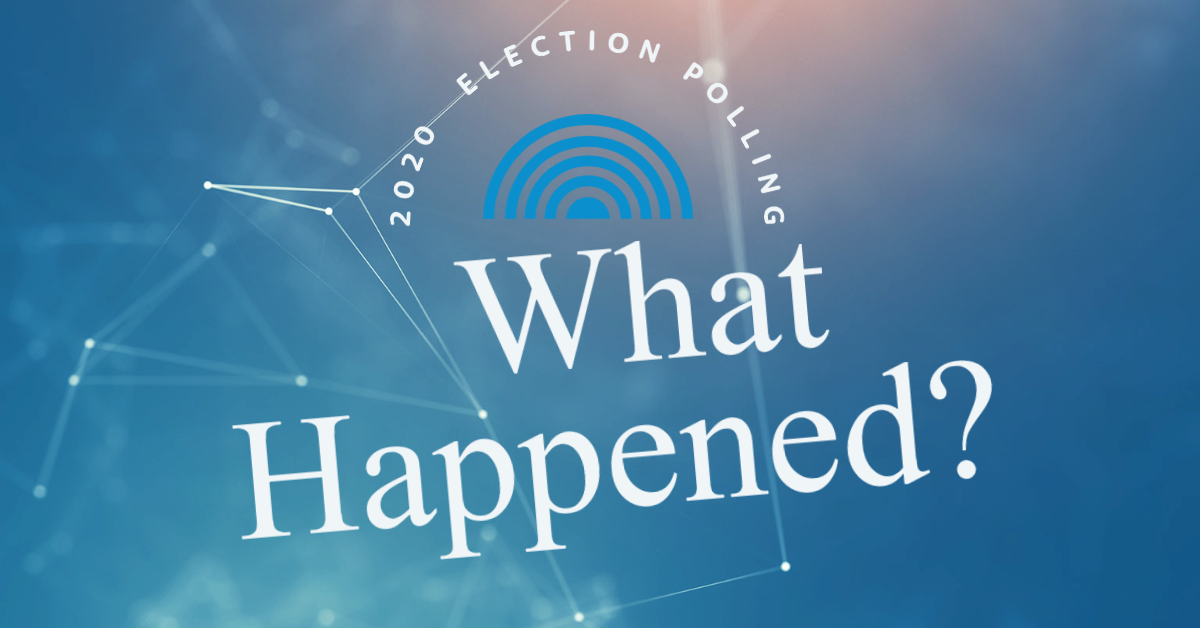 Posted at 17:39h in Insights by Andrew Rugg

In the aftermath of a closer-than-anticipated general election, pollsters have received no shortage of criticism for “missing” the election’s outcome. This criticism is well warranted. The day before the election, our Lunchtime Politics polling average had Joe Biden leading +7 points, higher than the +3 margin of victory that Joe Biden seems likely to finalize as vote counts conclude in most states.

On the Biden vote…

Most national polls were decently accurate on Joe Biden’s share of the vote. Below are the percentages from the last national presidential polls reported in the Lunchtime Politics newsletter prior to the election:

Most major pollsters were off within the margin of error, many by just a single point. The Trump vote is another story altogether. Here, many pollsters greatly under-estimated Trump’s election haul.

The likely culprit for underestimating Trump voters: over-inflating the percentage of third-party voters and voters who did not yet have an opinion on who they were going to vote for.

Third-party candidates received about 1.5% of the total vote nationally. In a close contest, the misallocation of a few points like this can make a difference. Many pollsters also had high shares of likely voters who had yet made up their minds about the election.

For most of these polls, by attributing a point allocated to third party candidates and allocating the “Don’t Know” vote to Trump, Trump’s vote total gets to just about where it should be. But why didn’t this happen? There are a few possibilities:

It’s likely that all four of these issues had some effect. To be fair, there were several pollsters that accurately predicted a close race with a +3 or +4 point advantage to Biden. But something needs to change in light of how inaccurately most polls estimated Trump’s vote share. At the very least, pollsters need to deeply re-consider how they can effectively reach right-wing voters.

Andrew Rugg is an expert in survey research, media analytics, and qualitative research projects. Before leading the team at Certus, he lead a fully integrated research department at a public relations agency.